After the collapse of our marijuana factory, my uncle Filbert earned a pile of money in Prudhoe Bay so we could keep paying the rent on our cabin. He sent his endorsed paychecks back to me in Fairbanks. I bought a black special edition Fire-bird and started dealing cocaine.

I managed to collect 32 points worth of speeding violations that year. The maximum allowed by law was 12. I just threw the tickets away and kept endangering the lives of law-abiding citizens. Invincible and arrogant, I partied hard. 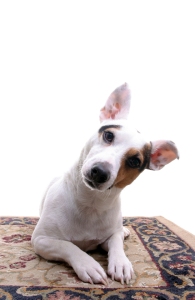 Wait! Before you call the cops you should know that I haven't taken drugs or watched TV since 1986!

1984 would have been my sophomore year at Lathrop High School but instead it was when I dropped out and took my general education diploma. Just before I walked into Hutchison Career center to take the exam, I sat in my new Fire-bird with an Apogee bong and smoked my brains out. Being sure that the spirit world was on my side, I wrote the test by selecting what I thought were the multiple-choice ovals the computer would have chosen. The questions meant nothing to me, just the design on the page. I was high and the cosmic energy of the universe was on my side. I passed all but the one I most loathed: math. So having three chances to succeed, I agreed on a date to challenge my enemy again.When I showed up for the duel a week later I smoked myself into a stupor and repeated the cosmic guessing game. Passing with high marks I felt sure that Karma was siding with me and against math.

Between the heady megalomaniac highs of cocaine, I increased my use of LSD and psychedelic drugs. On one hand I was an arrogant self-appointed king in my hometown. But on the other, I was a little boy struggling to find purpose and escape from what was really a meaningless life. Tripping on LSD was the only way I had found so far to lose myself and be part of some higher power.

Aldus Huxley’s Brave New World was a bible for me. After that came Timothy Leary’s Game Of Life and then in short succession, Alistair Crowley’s Diary of a Drug Fiend, and of course Carlos Castenada’s The Teachings of Don Juan. They were the fuel for my spiritual fire.

As 1984 came to an end and spring popped through the crusty snow, I free-based the last few grams of cocaine I had stashed away and resolved to quit using it. One last farewell party, alone at Wedgewood manor with a security lock on the door knob because I hadn’t paid the rent, and I said goodbye to the stupid white stuff.

One clear day the following summer, Filbert and I each took 4 hits of four-way-window-pane blotter acid. The idea of this particular drug was that one hit was enough to get four people high. But Filbert and I wanted to meet God so we took 2 each – enough, as I remember it, to treat 16 people to the other-world.

I remember feeling pinned to the floor of the brown trailer we were living in, while images of spirits danced on the ceiling. At one point I began predicting the next song that would come on the radio with 100% accuracy. When I foretold Led Zeppelin’s Stairway to Heaven a minute before the announcer spun it on the airwaves, things got really weird. It was a terrifying night trying to come down from what was certainly an overdose.

That intense trip out of my mind along with the books I was reading made me resolve to find out what was behind the façade of everyday life. Timothy Leary preached the need to tune in to the cosmos, turn on to the underlying message, and drop out of the hive. In 1985 I was tuning in, turning on, and dropping out.