As a skinny American with childish features I was intimidated by the thought of taking off my clothes and bathing in the same tub with sumo sized Japanese construction workers. But Japanese bath-houses are not to be missed.

The water in the tubs is not just hot: it scalds your skin. Sinking deeper into the steaming mineral-enriched water makes you think of stuff like, how it felt to boil in oil during the Spanish inquisition when you were accused of being a witch.

With a beet-red belly you limp to the cold bath tank on the other side of the small tile room. Relaxing into that dramatic temperature change makes you feel like you just downed 20 mg. of valium; relaxed, happy, not a care in the world.

Feeling led to visit the church in Japan that I volunteered with in 1987, I told God, “If you provide the money, I will go.” The next day I received a check in the mail for 500 dollars from someone who normally didn’t support my mission work. So despite my initial urge to tune up my motorcycle and buy some new clothes, I took the gift as God’s work and bought a ticket to Narita airport.

The team I volunteered with in 1987 kept working away until they eventually planted a stable church in Chiba, just outside the bustle of Tokyo. The team was made up of Swedish and Norwegian young girls and my guitar-strumming friend from Ft. Worth, Rodney. The sermon I had prepared for the Sunday morning service was titled, “The Indwelling of the Holy Spirit.” I still have my notes somewhere.

When I got off the plane from Bangkok I met Oddny in arrivals. Earlier that morning she had drawn the shortest stick and so was on American pick-up duty. We sat on the train to Tokyo discussing why Christians should read classical literature and occasionally drink beer, not just read John Wimber books, drink Coke, and listen to Derrick Prince tapes at night.

Oddny is the sort of girl that everyone loves. She is gentle and has an easy and endearing smile. Her voice is like renaissance music and she has a cute ski jump nose. Talking with her is like talking to your best friend –the one you don’t actually have but always wished for. We agreed to go for a run later that night. 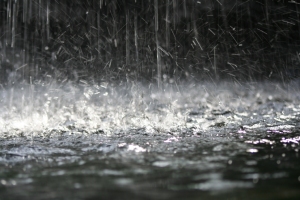 Don't pass up on a girl who embodies your ideals and says yes to a late night run in the rain. Some compromises are worth making.

Night fell and she was late. There was also a monsoon brewing outside Ichikawa so the streets were deep with water and sludge from the Mamagawa canal. It was near ten at night when she finally came home.

She walked in the door and I realized a few things at once:

This visit marked the second month of my interviewing process. So even though I knew the girls on the team already, clicking through my list had already become second nature. So why didn’t I do this with Oddny?

Oddny was my friend. She and I went running together and talked about books. She was gentle and not assertive so since our first meeting three years previous I viewed her as my running friend in Japan. I had never thought of her as anything else.

When she opened the door to the living room I felt as if an angel just landed from heaven with steam still drifting off her wings. Her hair was highlighted with white and blond hues, cut so short it reminded me of the lead singer of Roxette. Her lipstick brought out the fullness of her delicious lips. She said she was modeling for a magazine. I wanted to stand up at that moment and kiss her, throwing caution and my sacred list to the wind.

Then, she said she still wanted to run. I was incredulous. First of all, she was the very picture of my idea of physical perfection, second, she wanted to run even though it was late and ugly outside. What a girl.

We pounded through the lightning and rain for an hour while I went through every one of my items on my list –and then some. Soaked to the bone, we got back to her door where I was still trying to sort through all the things I was feeling. I took off my shoes and said goodnight as we walked separate ways into the house.

Tossing and turning in bed I went through the list in my head. She has a runners body (butt, most importantly), she likes Bob Dylan and Miles Davis, she has read as much as me, and likes to talk about politics and current events. She wants to keep living on the edge and loves God with her whole heart. And she definitely turns me on.

Just two problems then: her parents were divorced when she was young and she is not from the USA, but Norway. (I also had to meet her mom to be sure she didn’t have a fat gene code.)

I decided quickly that American-Norwegian relations weren’t nearly as complicated as the American-Asian ones I had observed. So I ruled the USA requirement invalid. Her runners body more than compensated for any cross-cultural scuffs we might face.

But Divorce was a more serious issue for me.

My family tree, if it were drawn on paper, would look like the Thai alphabet. It would be a swirl of consonants like spaghetti noodles connecting to each other and their counterpart vowels above, beside, and below one another. They would have accent marks that have babies and produce whole new sentences. There would be huge exceptions to the rules that govern good writing. The story formed by the words would be painful.

My parents fought for custody of me from when I was three until I was eleven years old. I was a pawn in an incomprehensible game. The boy in me still feels confused by the experience.

So the D word was big enough for me to be a deal breaker. But then I wondered who I knew who has not been bruised by divorce? None. In fact, the more I thought about it, the more I accepted how complicated this list item was in the world today. The fact was that I couldn’t think of many couples that I thought had a good marriage. And the ones I thought did, those I sought counsel from then, are divorced now.

So you could say that God and I had it out for a while over that large print in my list. In the end I decided that if God could redeem my messed up childhood, turn the pain of my growing up into joy in adulthood, and redeem me to the point of being functional in relationship –if He can do all that for me, then He must be able to do it for Oddny and if it works out, for us.

So with those two biggies sorted out, now I had to get Oddny to fall in love with me and make sure her mom was skinny.

I went to take a bath in Japan and met the girl of my dreams. Good one, God.