The midnight prayer I offered to Jesus on March 19, 1986, was pure. I reached out to God and He was kind enough to bend the power of heaven back towards me. Having touched love and truth, I wanted more. I wanted to be saturated with it and follow its impulse to the end of the world if need be.

I did. I didn’t just go to church; I went to Thailand to be a missionary. I read the bible seven times during my first two years as a Christ follower, dedicating important portions of it to memory. I joined a church planting team in Bangkok and led our outreach activities on the campus of Ramkamhaeng University. I was a preacher, a teacher, a tongues talking worship leader (who couldn’t hold a tune) who regularly professed love for God in song and impromptu verse. 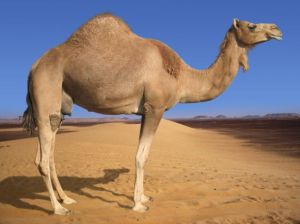 “What sorrow awaits you teachers of religious law and you Pharisees. Hypocrites! For you are careful to tithe even the tiniest income from your herb gardens, but you ignore the more important aspects of the law—justice, mercy, and faith. You should tithe, yes, but do not neglect the more important things. Blind guides! You strain your water so you won’t accidentally swallow a gnat, but you swallow a camel!" -Jesus talking with the religious leaders in Matthew 23

I prayed and fasted regularly.

My intentions were good. I wanted to seek, please, and follow the Lord of the universe with everything I had. But the fine print got slippery somewhere.

I think “slippery” started happening right away, despite my good intentions. Almost immediately I started observing what a faithful Christian looked like and tried to act like them. It didn’t take long before I was one-upping the ones I initially admired.

In fact, my earliest mentor, Jeff Wall felt the sting of my arrogance. Within about 5 months of our first meeting I had joined a group that served the Fairbanks valley some of the Church’s most anointed activity. We were the self appointed forward element of the body of Christ, and our “anointing” and “authority” was not open for debate. Being one of them, even the junior one, elevated my sense of superiority.  I started pulling back from time with Jeff in favor of hanging with the more charismatic prophets of Alaska.

Jeff became second-string that winter. He was not one of “us”

My code for spirituality was pretty sick. For starters, I would only listen to godly music like Jimmy Swaggart or Bill Gaither. I would stand on my feet or fall to my knees, as fits our posture before God, never sit during congregational praise and worship. Hymns were for “dead” Christians. I read books of heft and gravity like Watchman Nee’s The Spiritual Man. I took them with me wherever I went so people could see how serious I was. I wore clothes I felt reflected the seriousness of my station (saving the world from hell). My entire wardrobe was grey and baby blue. My button-up shirts were meticulously ironed and my slacks kept a tight straight line up the pant leg. I regularly polished my black reeboks with shoe polish.

Faith, at some point became about shoe polish.

You would think that after finding the priceless gift of relationship with God, reading His book 7 times, and talking to Him non stop would make me more like Him, right? But I was a real piece of work. My self-righteousness grew like Jacks bean stock, and I held on to see what the view was like above the clouds. Wanting to know God, turned into wanting to be God, I think.

How did that happen? I don’t know. I guess arrogance is a built in feature. But I found some ways to wiggle out of it. Stay tuned.