I’m halfway through with a Masters Degree in vocational practice. The degree, offered by Tabor University, has enhanced my understanding of the issues our team wrestles with as we seek freedom and fulness for children affected by conflict and oppression. This quote from the paper I am reading this morning is one of many that confronts my extreme individualism and lack of a strong social theology. My praxis has been weak and even arrogant because my belief system has been found wanting.

“A church without social ethics rooted in the moral vision of Scripture with its emphasis on justice, mercy, and humility before God is in no condition to avoid irrelevance in relation to the great problems that affect humankind. At best it will concentrate on empty ritualism and private morality but will remain indifferent to the plight of the poor and the rape.of God’s creation. At worst it will fail to recognize its own captivity in the culture-ideology of consumerism and will be used by the powerful to provide religious legitimization to their unjust socioeconomic and political system and even to war.”

The Biblical Basis for Social Ethics, by C. René Padilla 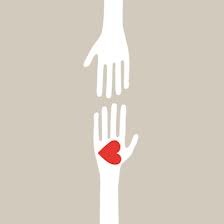 “Suppose a brother or a sister is without clothes and daily food. If one of you says to them, “Go in peace; keep warm and well fed,” but does nothing about their physical needs, what good is it? In the same way, faith by itself, if it is not accompanied by action, is dead. James 2:15-17

It’s kindergarten stuff really. We should share with those less fortunate than ourselves and help them achieve the dream of security, a roof over their head, and food on the table. I don’t know how I missed this stuff in the bible. I read the thing seven times and memorized long passages of it yet still, I missed the point in significant ways.

I’m digging out of my individualistic arrogance inch by inch and with the effort, a growing sense of fortitude grows in me to do the work my team has dedicated itself to. We are following a good leader who announced his own mission with these words in Lukes account of his life:

“The Spirit of the Lord is on me,
because he has anointed me
to proclaim good news to the poor.
He has sent me to proclaim freedom for the prisoners
and recovery of sight for the blind,
to set the oppressed free,
19     to proclaim the year of the Lord’s favor.”