We started our day meeting Saleewa, a priest in a Chaldean Christian Church that has been meeting since 1854. We were waved into the church grounds by Peshmerga soldiers, all Muslims, who believe that it is their duty to protect this treasure of the region of Kirkuk, a Christian church.

The people we have met and the introduction to the conflict in Iraq was all due to Preemptive Love Coalition, a group of peacemakers who have inspired us to dig deeper into our reserves of grit and bravery. 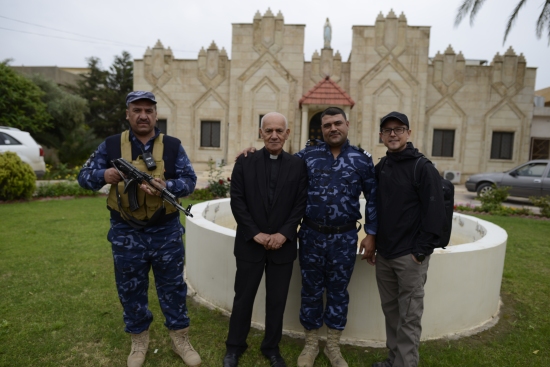 Muslim Guards protecting a Christian Church. I love it.

In the compound we met our guide, an imposing and quiet man who went with us to visit a camp with 680 families from three nearby villages who were forced to relocate because ISIS overran their villages. On our way I heard a loud blast and thought it was lightning. It turns out that two missiles flew over our car. I asked our driver, a Policeman from the city, “what was that?” He said, “Rockets.” It turns out that we were just a mile from ISIS positions at that point. The he added, “Rockets are like water for us. Every day they are in the air.” 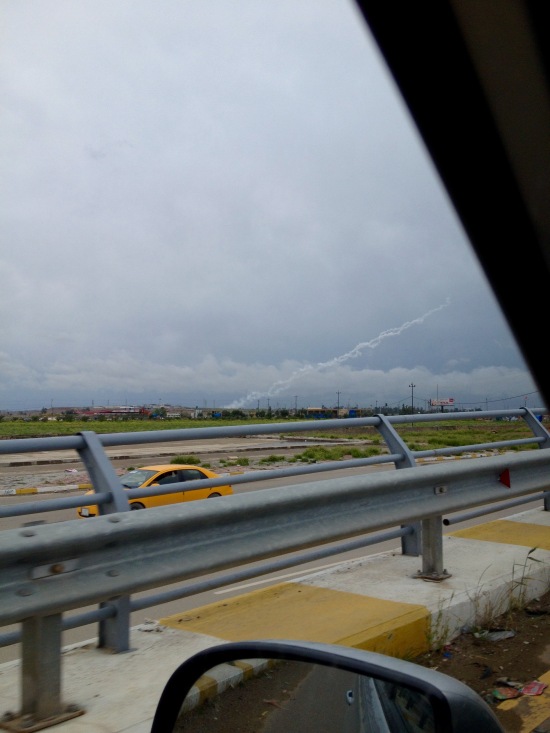 The car behind us caught the smoke trail of the rockets that flew over head. These were shot by Peshmerga forces toward Basheer, a town controlled by ISIS.

In the distance we could see the hills the 680 families came from. We spent a few hours talking with the leaders, playing with the children, and witnessing the sub-standard conditions of people who have been forced to live in a flood plain for the past 18 months –in plain view of their home for generations. One man told us as he gestured with pointed fingers, “Our village is beautiful. We have a river, mountains and large trees. Look over there, you can see it in the far distance.” 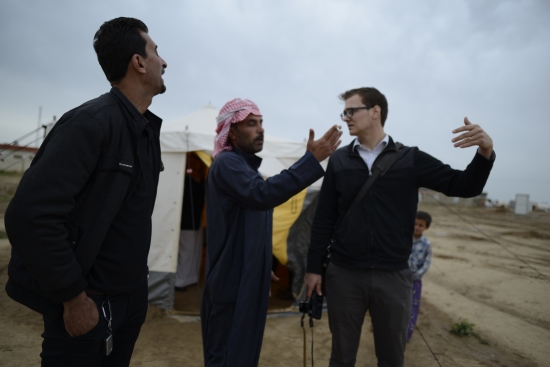 Many of the men we spoke with pointed out and gestured how close their villages were to the temporary camp they have lived in for nearly two years. ISIS is not a fear for them but a fact. Matt, a staff member from Preemptive Love Coalition, takes it in.

Over lunch we learned that our guide had previously negotiated the release of 72 Kurdish Christians who were held held captive by ISIS. Because of him, innocent victims of war are alive and free today. He uses his freedom to gain the freedom of others and his leadership is inspired by Jesus who said we must love our neighbors as we love ourselves. Inspiring to say the least.

Finishing our day with a long drive back to our hotel, I reflected that war is terrible and the complexities are bewildering. In the meantime, here we are making friends and demonstrating an alternative to violence to create lasting peace and reconciliation. God is good.